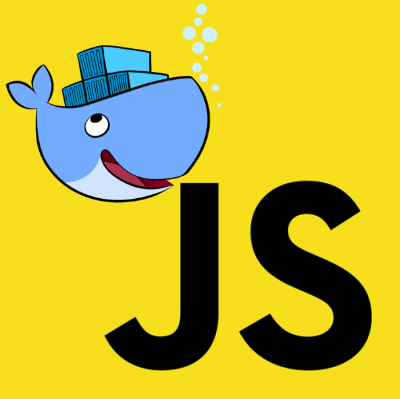 Recently I wrote a library called jest-puppeteer-docker, which provides a Docker setup for running your Jest Puppeteer tests. Here are the interesting decisions I made regarding the internals of it.

jest-puppeteer is a library for Jest that allows you to run browser-based UI tests using the Puppeteer API. It launches Chromium and handles the communication between the two.

I use Visual Regression Testing to capture CSS regressions. I wrote an article about it if you are not familiar with it. The main problem with using “jest-puppeteer” directly for this particular case is environmental differences in the rendering of the pages. Docker is a solution to that problem.

One way to solve this is to launch a Docker container, npm install, copy the app over, and run npm run test. We can create a mount point to capture artefacts (e.g. test reports, failed screenshots), so that CI can report on these stats.

This is a perfectly valid solution, but this can be quite slow. Your CI is going to set up a clean environment with Docker installed, and then build a Docker image inside of that and start it up. This is going use a lot of resources and slow your app and tests down.

Another solution would be to run your app and tests directly in the CI environment, but run the browser itself in a container, and then communicate between the two. We can do that with Remote debugging, connecting via a WebSocket. In order to achieve this, I created jest-puppeteer-docker. 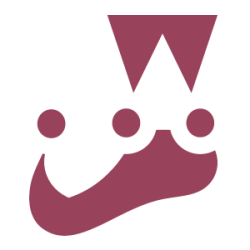 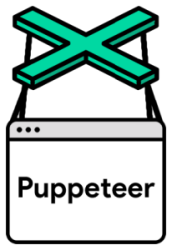 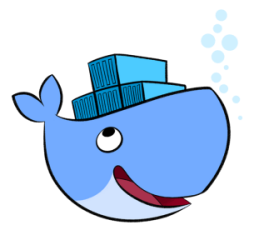 The main goal of the library is for it to automagically set up a Docker container and run your tests within the Chromium instance inside it. The end-user shouldn’t need to do anything themselves regarding the container configuration.

Normally, you run your docker-compose command with some static config, but in this case, the config needs to be determined dynamically, using JavaScript!

In order to use “jest-puppeteer”, you need to have the peer dependency “puppeteer” installed. Puppeteer ships with a Chomium binary that is guaranteed to work with their API. The version of Chromium is referenced in the package.json. We need to use that version in our Docker image.

We could create a Dockerfile and apt-get all the dependencies and pull the Chromium binary. However, building an image from scratch takes a while, so instead, I found chrome-headless-trunk on Docker Hub. This provides pre-built versions of Chromium, tagged by revision. We can simply pull an image with a particular tag and we’re ready.

Now, to work out which revision to retrieve, we need to parse the package.json file.

Finally we need to patch the internal Dockerfile to reference the tag associated with the revision.

The next thing to do is to build and run the container from JavaScript using a promisified exec.

Once we’re up, we need to connect to the Chromium instance and obtain a WebSocket.

Note: This is code is simplified for demonstration purposes.

Finally, we just need to pass the WebSocket we obtained to “jest-puppeteer”, which will then hand over all the remaining work to it.

This was a nightmare. If you use the default bridge networking on Docker, you can access a server running on your host by IP. But when you have multiple network interfaces, things get complicated.

Docker for Mac and Windows exposes the host IP with a friendly hostname host.docker.internal, but this is not supported in Linux currently.

I spent a long time hacking around, and managed to create an entrypoint bash script that provides a workaround. At this point, there’s a chance some of this is unnecessary, but as soon as it started working, I decided not to touch it again. It’s probably terrible.

Now if you run a local server on your host, you can access it via http://host.docker.internal:3000.

The pre-build Docker image contains a startup script for launching Chromium with some default flags. The consumer of this library may wish to provide additional flags via a config file.

We need to find a way to get those flags from JavaScript running on the host, to a bash script running inside the Docker container. This is fun!

The first thing we can do is to read the config from the JS config file, and then create an environment variable containing that config.

A problem I ran into later was the fact I needed to read the config file at two points in time. The first time is to read the Chromium arguments, which needs to be done before launching the container.

The second time, “jest-puppeteer” will require it in order to read the WebSocket from file. In Node, when you require something, it gets added to a cache. The next time you require the same file, it will fetch it from the cache instead.

This is a problem because the WebSocket is not available the first time we require it and we need the WebSocket to be read the second time round. The solution here is to delete the cache.

In order to pass the process.env.CHROMIUM_ADDITIONAL_ARGS environment variable to the container, we need to use --build-arg in our docker-compose build command.

At this point, the environment variable is available during the build stage, but it won’t be accessible inside the container. To solve this, we need to add the following to our Dockerfile.

We can now append the args to launch Chromium in our bash script running inside the container.

After a lot of steps and potentially dodgy hacks, we’ve provided a library that will automagically configure Docker images and containers from JavaScript to be used with Jest Puppeteer.

You can check out jest-puppeteer-docker for the full code. If you’re interested in contributing, perhaps you know better ways of doing things and are completely horrified by my implementaton, do feel free to create an issue.